Fictional stories have been the best escape from the real world that mankind has ever discovered. Although a route to fantasy world but every fiction has a layer of reality in its fold and hence it is rightly said that –‘’Fiction is the lie, through which truth is told”! India has been a land of various fictional and amazingly magical stories. Traces of fiction work can be found in ancient scriptures and mythological stories of Mahabharata and Ramayana too. Since ages India has given some exemplary fictional work to the world.

Although with time and age the way in which different stories have been presented and the basis of fiction work has changed but one thing that still remains unchanged is the quality of art presented by the Indian authors through their writings. Gone are the days when the dynasty of fiction work was ruled by American authors alone. Readers today equally recognize and love the fictional writings of Indian Authors. Some of the leading Indian fictional writers are mentioned below here:

Best known for his fictional book Malgudi days, R.K Narayan is one of the leading personalities in Literature world. He presented a fresh and beautiful India to the outside world. His stories in Malgudi days which are based on the simple and humble living of people in a fictional village of south India was loved by many foreigners too. The simplicity and earthiness that he presented through his writings is what attracted and still attracts the readers! His other works includes – ‘The Guide’; ‘The Dark Room’; ‘The Financial Man’and ‘The English Teacher’ amongst others.

Born to a Christian mother and Hindu father, Arundhati Roy is world renowned for her contemporary style of writing. Her maiden book – ‘The God of Small things’ had received unprecedented acclaim from media and critics. Roy is best known for her daring stories and concepts that break through all types of stereotypes. Every novel of hers has an innovative and fresh theme.She is the first Indian author to win the prestigious Booker prize for her novel – ‘The God of Small Things’.

Also known as the Indian ‘William Wordsworth’ Ruskin Bond is world renowned for his novels and short stories. His writings take you to an imaginary serene world as most of his stories are based on the hill-stations of Himalayas. Despite of the short length of his stories the readers instantly connect with the characters and the stories. His stories have also been adapted in Hindi films. Apart from regular stories his works also include some ghost stories which have won him some young fans too! In fact many of his stories like – ‘The night train at Deoli’; ‘Our trees still grow in Dehra’ have been adapted in school curriculums as well.

Representative of the young India, writer Chetan Bhagat exposes the Indian quirks in quite a humorous way.Simple language used in his novels is one of the reasons that he’s been able to connect with large set of Indian readers. His most renowned work- ‘2 States’ is inspired by his real life. The novel narrates the ordeal faced by two youngsters in getting married to each other because they belong to two different cultural sets. His other prominent novels include –‘5 point someone’; ‘one night at a Call Centre’; ‘Revolution 2020’.

Yet another talented persona from the young breed of Indian writers, Durjoy Dutta’s writings mainly focus on young love stories and heart breaks. His stories revolve around the young life, friendships, night clubs and dark side of relationships. What’s refreshing in his writings is how hilariously he presents the tragedy of love-life. Some of his most famous books includes – ‘Of course I love you.. Till I find someone better’; ‘She broke up I didn’t’; ‘you were my crush …Till you said you love me’. His novels are mostly loved by youngsters and he has a huge wave of female fan followers.

Right from mystic beauty of Indian hills to grave issues of youngsters, Indian authors have covered all spheres of life and nature in their books beautifully. Readers around the globe have loved and accepted these fictional stories for their unique theme and content. 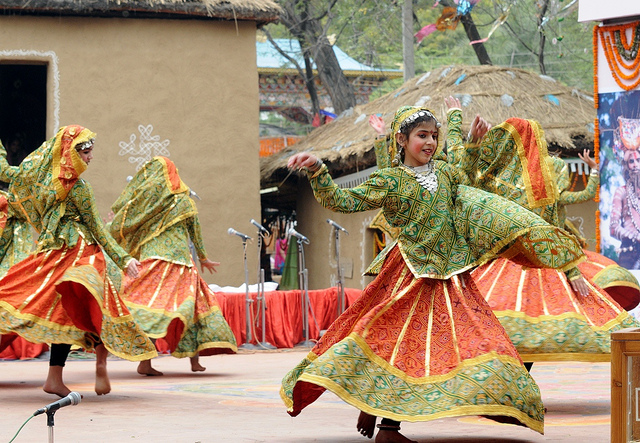 Posted on December 29, 2014
Literature About IndiaUncategorized